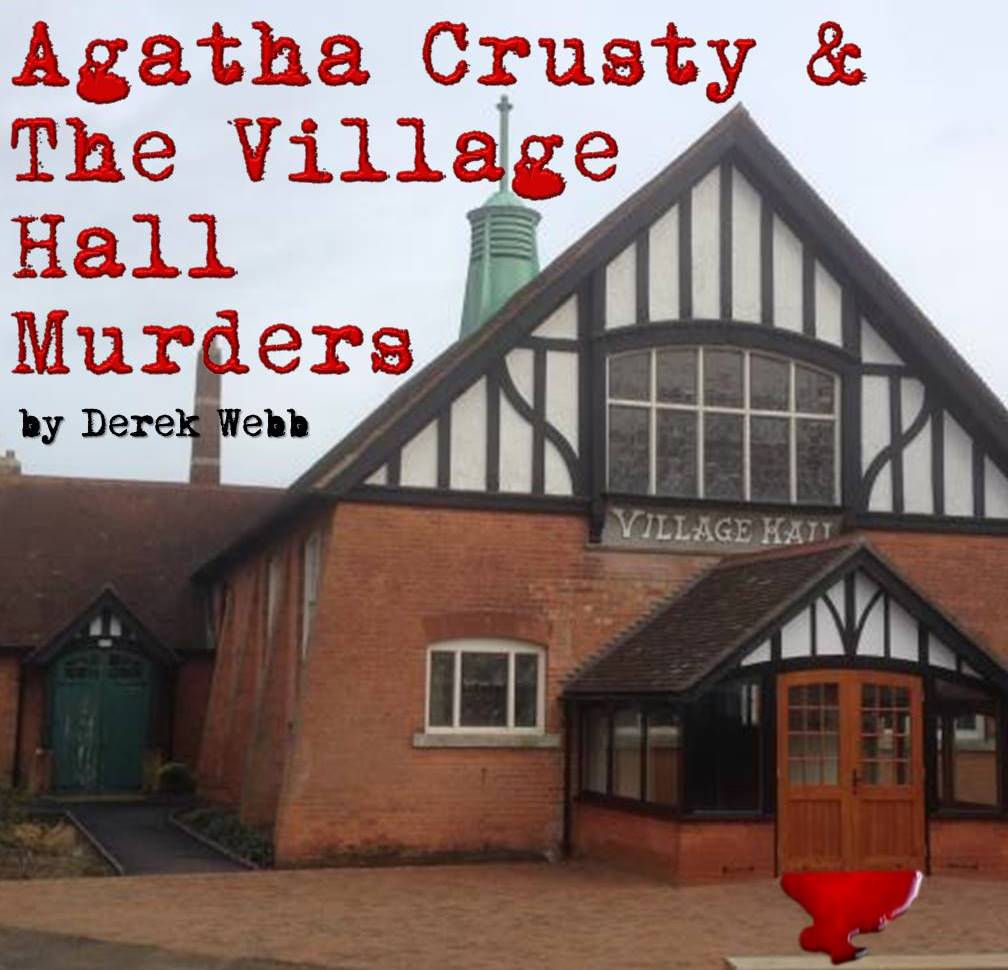 By Derek Webb. Directed by Jo Ostrowska. An amateur production by special arrangement with Stagescripts Ltd.

Agatha Crusty (pronounced Croosty) is a crime novelist. She’s also pretty adept at solving crimes. And when her sister-in-law Alice invites her to spend a few days with her in the village, it’s not long before she gets caught up in a series of murders which seem directed at members of the Village Hall committee.

From Toby, the Vicar, and Eleanor, Chair of the committee, to Harry Knott the caretaker and identical twins Olivia and Oliver Truscott-Pratt, there are plenty of suspects. And with an investigating officer as incompetent as D.I. Twigg, there are plenty of laughs as the murders begin to pile up.

But, while packed full of wit and very funny scenes, this is also a genuine murder mystery with an ingenious plot which will tax your little grey matter at the same time!