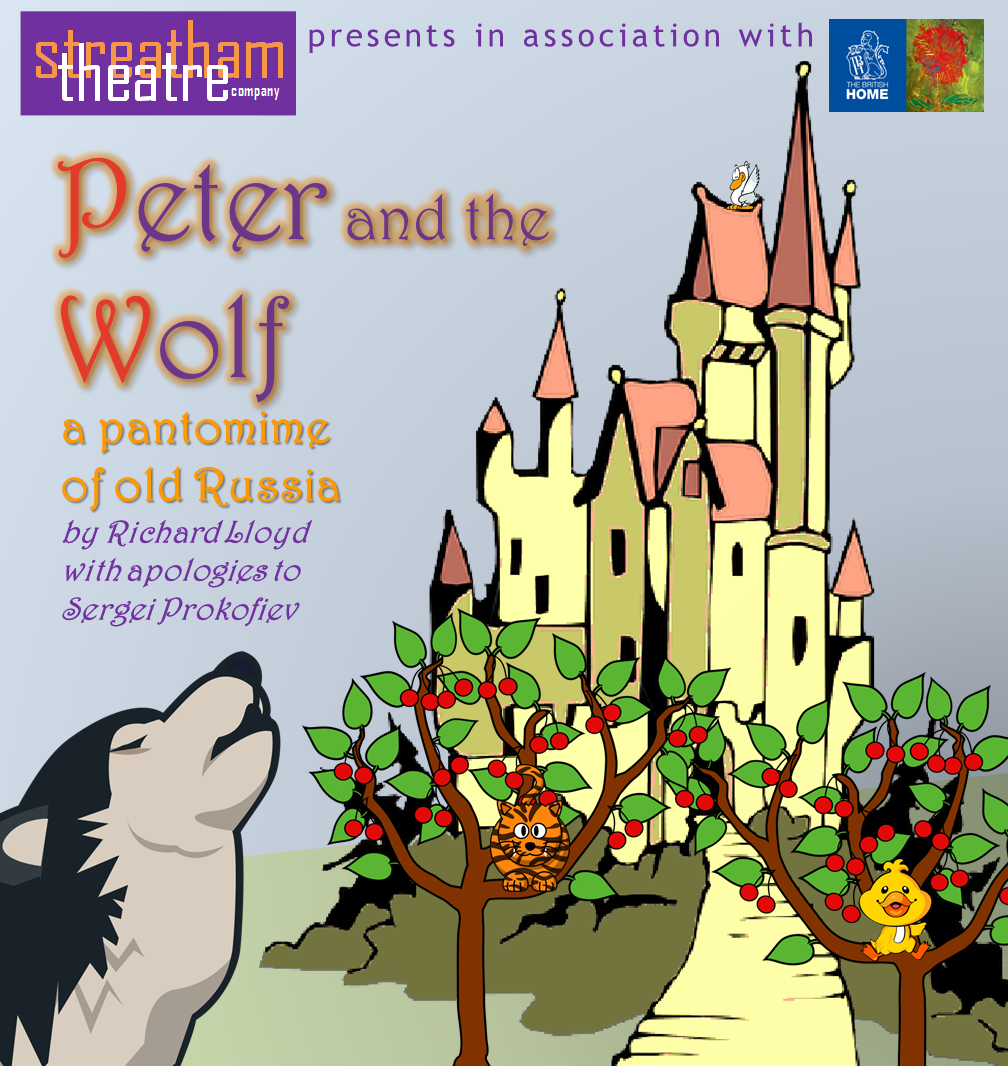 Peter and the Wolf: a pantomime of old Russia

7.30pm plus extra matinee 8 April at 2pm. Doors and licensed bar 30mins prior.

An inventive and irreverent panto based on Prokovief’s Peter and The Wolf. A madcap dash through the spectrum of Russian folklore… Firebirds, ice queens, shape-shifters, wood devils, mad monks, nesting dolls, Cossacks, Bolsheviks, a little bit of Prokofiev – it’s got the lot.

Peter Pyotrovich lives an idyllic life with his Grandma (Panto Dame Masha Pyotrovich), and his friends Molotov the Duck, and Mishka the Cat – his only troubles consist of having to fend off the unwanted attentions of gorgeous minxes like Princess Ekaterina Jetski.

Suddenly all that changes, with the arrival of a fearsome wolf, and the strange disappearance of Peter’s adorable sweetheart, Dasha Lettrov.

Is the wolf responsible – or could it be the wicked Duchess Irinia Bogovski and her evil cossack henchmen, led by the huge and hairy Ivan Arstikov? What exactly is the Grand Duchess of Depravia up to, as she communes with the fearsome wood demon, Kalashnikov? And who is the mysterious Kolyinka, Prince of Wolves? Peter sets out to find out, aided, abetted, and obstructed by a succession of weird and wonderful characters, such as Disputin, the mad monk, Young Solyenko, the overzealous zealot, and Captain The Count Yuri Pavel Smirnoff, of the Tsar’s Imperial Guard!