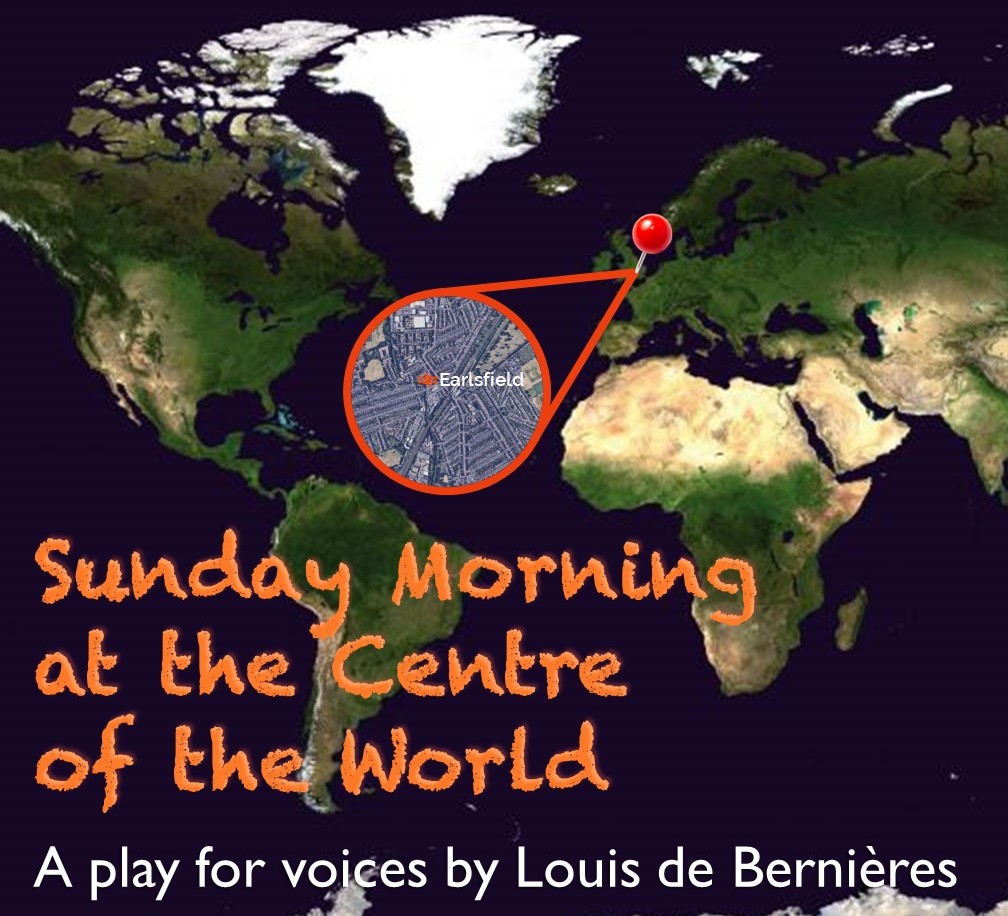 Sunday Morning at the Centre of the World

“Under Milk Wood for South London”

Partly in homage to Dylan Thomas’s Under Milk Wood, this play was originally written for radio in 2001. It is a tragi-comic account of a few hours in the lives of some of Louis de Bernières’ neighbours when he lived in Earlsfield during the 1980s writing Captain Corelli’s Mandolin.

De Bernières says that he wrote the play to remember and celebrate his local area just as he was about to move away forever.

We hear the local people gossip, joke, reminisce and tell stories, we listen to the voices of the dead in Wandsworth cemetery and we dream as the River Wandle and the Garratt Lane traffic flow by.

This is a play for voices – like a radio play but live!

With adult material and attitudes of the time. Not suitable for children.