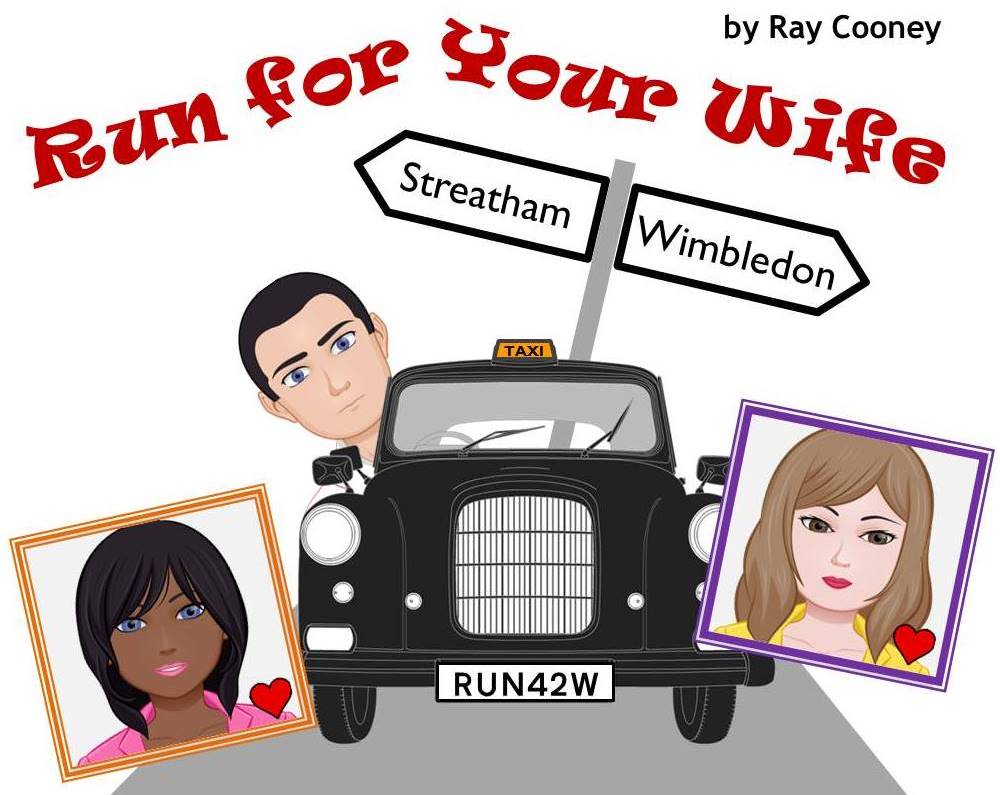 Run for Your Wife

By Ray Cooney. An amateur production by arrangement with Samuel French.

1982, Streatham (and Wimbledon). At the end of each shift, taxi driver John Smith goes home to his wife in Streatham (or Wimbledon). Without mobile phones, the internet or the Uber app he gets away with it, until one day something goes wrong. Complication is piled upon complication as the cabby tries to keep his double life from exploding…

Following on from our recent popular Streatham Festival shows Neighbourhood Watch and Breaking the Code, STC presents ‘Run for Your Wife‘, a classic 1980s farce from Ray Cooney which has had people rolling in the aisles all around the world ever since. Set partly in Streatham, this is the first production staged here.

“I’m so looking forward to seeing Streatham Theatre Company’s production of Run for Your Wife. Actually, the Japanese production is also playing, but Streatham’s easier to get to!”

New dates: We had originally planned to stage this production for this year’s Streatham Festival in July but unfortunately had to postpone.