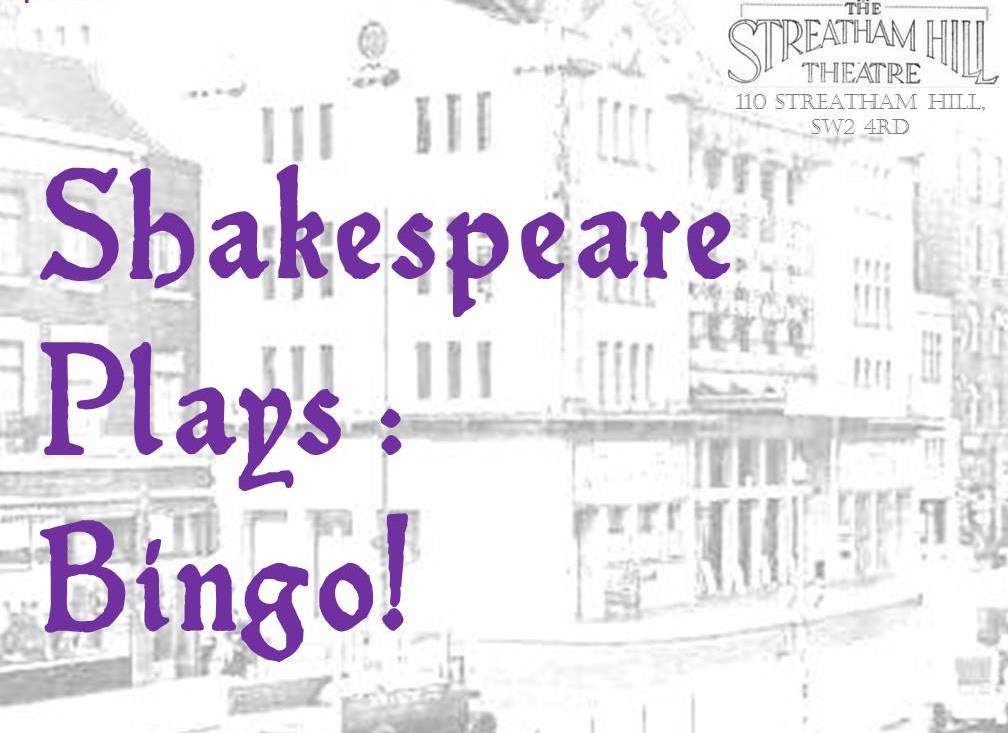 By William Shakespeare, and adapted by Streatham Theatre Company

To celebrate Shakespeare’s 400th anniversary (of his death), Streatham Theatre Company will be presenting a tour of the historic Streatham Hill Theatre with snippets of scenes from his famous plays that have been performed there:

Merchant of Venice, Othello, Julius Caesar, Romeo & Juliet, Twelfth Night and Hamlet, plus a bonus scene from Macbeth (the Scottish play) not previously seen at this theatre.

This is a theatrical performance where anything might happen! You must be 18 or over to attend due to licensing restrictions. You will be entering non-public and unused areas of this listed building and must be able to climb stairs.